​In the first half we will present three “closed and finished” works, where our role is only to perform and interpretate the composer’s idea:
Primo discorso eretico sulla leggerezza dei chiodi by the Swiss composer Nadir Vassena and HABERGEISS by the Italian Maurizio Pisati, both for bass clarinet and classical guitar, are the only original pieces in this concert, written for this formation; all the other pieces in the concert are developed by the duo, to fit their formation.
The lack of repertoire for our formation leads us through a path where we needed to make up our own repertoire; for that we took different pieces with various aesthetics and we worked and adapted them for our formation.
Toward the Sea by Toru Takemitsu is a masterpiece for alto flute and guitar, in this occasion presented for clarinet and guitar.

For the second half we choose three open composition where, beside the role of performer we had in the first half, we are also arranging, improvising and reacting immediately to the inputs of each other and eventually of the audience, making it an unique and unrepeatable experience.
In Tierkreis by Karlheinz Stockhausen, we have 12 small compositions for the 12 zodiac signs, without any fix instrumentation but with a very clear notation; the starting point of our work is all the freedom in chosing the sounds and the structure of our interpretation.
In another aesthetic, we present Serenata per un Satellite by Bruno Maderna, where the composer predefines the musical material and the sound events, but it’s up to the performer to choose the succession of the events and the way as they relate with each other.
Further in this musical freedom, we present Multiple 5 by Roman Haubenstock-Ramati, where the composer abandoned the conventional notation and opted to use a mix between a graphical notational but keeping the traditional timeline composition. 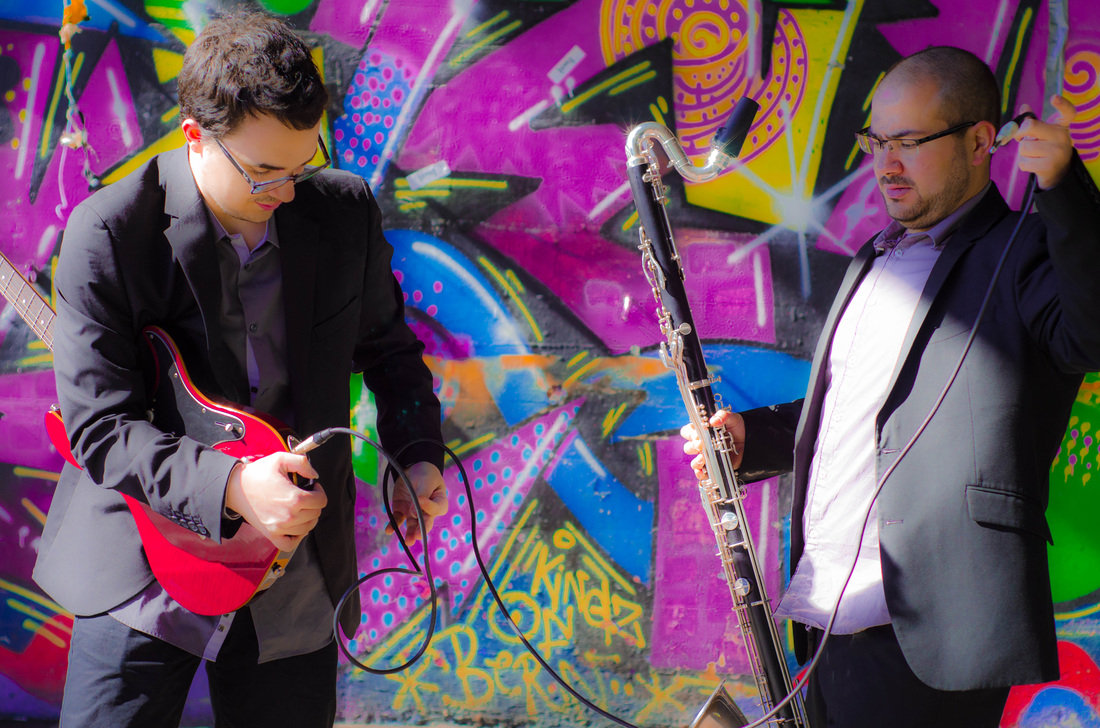